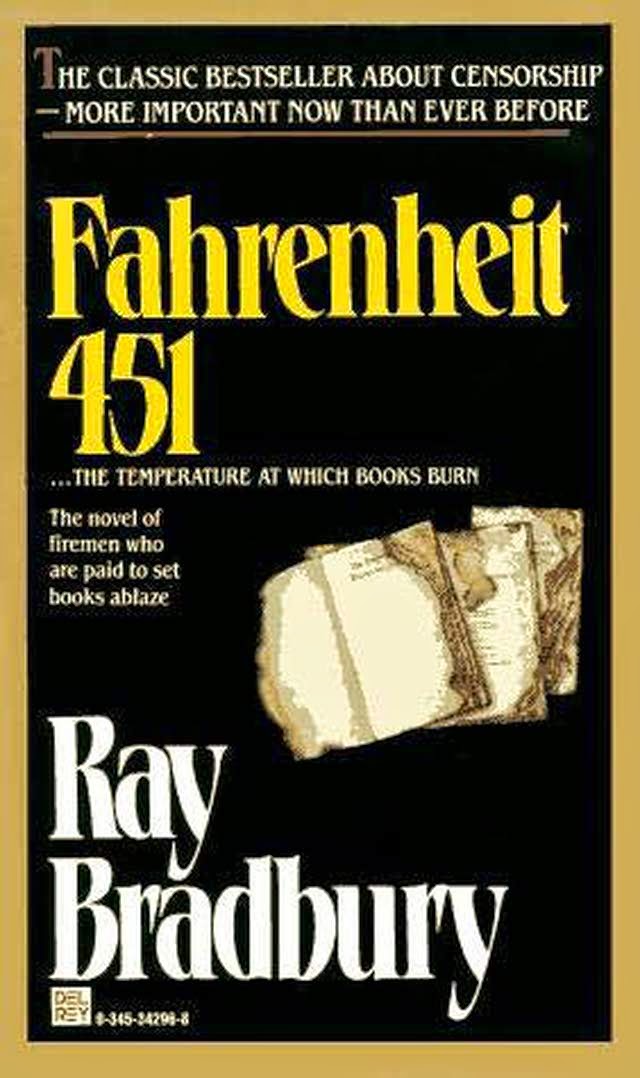 I don't recall ever having to read this book for school. But I do remember vaguely watching the movie. Now I have just watched the movie again, first time in at least 30 years, and I remember more from the movie than I do the book.

This is a Dystopia novel - a novel of an alternative future that runs counter to our present. It is set post 1990.

Guy Montag is a fireman. His job is to start fires and burn books.

Books have ideas and ideas are bad for people. Everyone is raised to be the same as everyone else. In the world envisioned by Bradbury, this idea is called Equality. We would call it Conformity.

And anyone who knows me, knows that I will NEVER conform!!!  I have been a non-conformist since I was a teenager so it has now been more than 35 years ago since I stopped conforming to society's ideas.

Montag's wife Mildred does not work.  At the beginning of this novel. Montag comes home to find Mildred unconcious on the bed. She has swallowed a bottle of sleeping pills. He calls the emergency number and two men come around and pump her stomach out. That is all they do. They comment that they have pumped 7 stomachs already today.

Anyway, getting back to the burning of books. The laws say that all books and all reading material must be burnt. In place of reading, citizens will be watching TV.  Every house has several wall sized large TV screens where different channels have different programs. But all the programs are alike because they consist mostly of people talking and citizens listening. Citizens vegetate in front of the TV, listening and absorbing the ideas that the authorities are drumming into their heads. This includes Montag's wife Mildred.

On his daily walks between his home and the train, Montag meets up with a young lady named Clarisse. She starts asking questions - mostly related to what they see around them. For too long citizens have been brainwashed into staying quiet, staying alone, and being entertained by their TV's.

While reading itself has not been banned - the act of reading books has been banned. In fact it is against the law to own and read books. Even talking about books is banned. Any book. All books. I am surprised that citizens of this dystopian world are even taught to read. What would be the point?

In the movie, there is a mail box outside the fire station where anonymous citizens can place details of anyone they think is hiding books or reading books. This is where the fire station get their callouts from. How this is done in the book, I'm sorry, but I cannot remember.

One callout goes to a lady who refuses to leave her house which has hundreds of books hidden all over the place. She stands in the middle of the pile of books which have been splashed liberally with kerosene.  When the fire chief tells her to move, so he can light the fire,  she lights a  match and sets the whole conflagration off by her own hand. This woman chooses to die with her books.

This starts Montag off thinking and observing the world around him. Clarisse's questions and comments have slowly been influencing him.

Some years previously, Montag has spent some time speaking to a professor named Faber. He goes to see Faber again. Montag talks about finding a printing press and running off a few copies. Montag also wants to start setting fires to the houses of firemen, after putting books in their houses. Faber tells him that he is not interested and asks Montag to leave. Montah onsys that he wants to do this, so Faber agrees to give him a small devide to listen through that goes in the ear. This is for Faber to listen and give Montag advice.

When Montag gets home, he finds that Mildred has some lady friends over to watch TV together. Montag tries to chat to the ladies but they all have the same ipinions and have no individuality. So he grabs a book of poetry and begins reading it saloud. One of the ladies starts to cry. The ladies all eventually leave, telling Mildred that it was a nice party.

Montag goes down to the firehouse to speak to his boss Beatty. Over a game of poker, Beatty talks to Montag telling him of the dangers of books. Montag gets confused. When the next fire call comes in, the fire engine stops in fromt of Montag's house.

Mildred leaves just as they arrive. Montag helps to burn his own books and his house. "When you're finished, you are under arrest" says Beatty calmly. Beatty tells Montag that Mildren did call in the alarm, but he also says that that the other ladies also called in an alarm as well. Beaty ignored the first call from the ladies but could not ignore the second call to the same address. When Beatty discover the ear wig commnunication device, Montag turns on him and kills his boss with the flamethrower. Montag then goes on the run.

Faber and Montag eventually meet up. Faber tells Montag where he can find safety.

Keep running and following the river until you hit the old rail lines and then follow the rail lines to the very end. There are lots of hobo camps between here and Los Angeles. (we just don't know where "here" is.)

Eventually Montag arrives at the hobo camp where he is welcomed and gets to watch his "arrest" on a small battery run TV.  Since the authorities were unable to find him, they shot and killed some other poor fellow who was in the street and who had blond hair. The one book Montag had been able to read and remember, is the Book of Ecclesiastes from the Old Testament.

The differences between the book and the movie.

Clarisse had only a small part to play in the book. Faber had a bigger part. In the movie, Faber was removed altogether and his lines were given to Clarisse so that she had the much bigger part. She was the one to tell Montag how and where to find the Book People.


Also in the book, Montag's wife is named Mildred. In the movie her name is Linda.

In the Book Montag saved the Book of Ecclesiastes. In the movie, he saved the book -  "Tales of Mystery And Imagination" by Edgar Allen Poe.

In the book, Clarisse was killed in a car accident. In the movie, she survived and eventually met up with Montag at the hobo camp where the Book people live.

In some places I found the book to be boring. I preferred the movie much better. Which is not surprising to me at all. After all I am a visual learner.


Posted by Francesca Thomas at 12:24 PM No comments:


Louisa May Alcott - The Key and What it Opened

Victor Appleton - One of the Tom Swift Books

Mary Grant Bruce - Back to Billabong


Lewis Carroll - Through the Looking Glass

Arthur C. Clarke - either Dolphin Island or Prelude to Space (aka Master of Space and The Space Dreamers)

Susan Coolidge - What Katy did at School

Thomas Hardy - Tess of the D’Urbervilles

Louis L'Amour - either Sackett's Land or To the Far Blue Mountains

Gaston LeRoux - Phantom of the Opera

Mrs L T Meade - The Rebel of the School

Sir Arthur Thomas Quiller-Couch - On the Art of Writing

Margaret Sidney - Five Little Peppers and How They Grew


Any books I read for this challenge will come from these 2 lists.
But I do have 5 years to read them.
I am planning on reading 2 books per month minimum!!
Most of these will come from E-books or Project Gutenberg
Posted by Francesca Thomas at 11:36 AM No comments:

A Study in Pink


I have just discovered the new Sherlock Holmes series. This is the English series of TV movies  starring Benedict Cumberbatch. 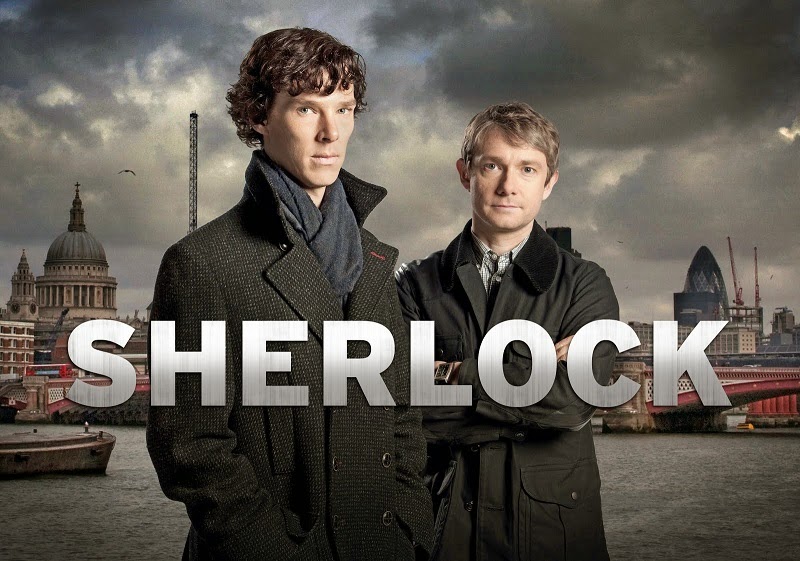 The first episode, called A Study in Pink - comes from the first story, A Study in Scarlet. However, instead of following up the word Rache for revenge, this time the story uses the name Rachel as the pivot point for solving the crime.


I am still watching the rest of the first season, but so far I like this series!! 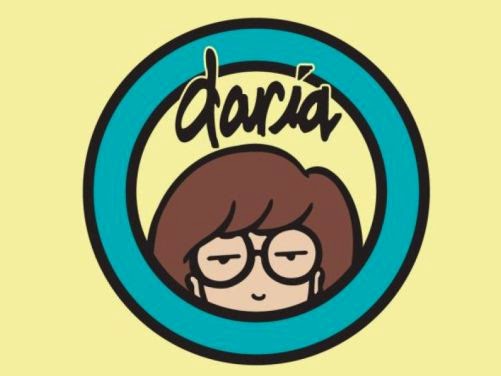 Back in the 1990's there was this wonderful sarcastic cartoon show on MTV that I loved. The heroine was a high school girl nerd or geek, named Daria.

The way she delivered her lines - often with a dead pan face or tone - was hilarious!!

Her name was Daria Morgendorffer and she was a bookworm just like me!!!  Daria had one close friend, Jane. She also kind of had a crush on Jane's older brother Trent, who was into music. And Daria also had a rather annoying kid sister, Quinn, who was into clothes, makeup, fashion and being popular. Quinn was the total opposite of Daria.

Anyway, Daria read a lot of books, and someone has been kind enough to make a list. So the challenge is to read these books.

Since this classics challenge runs for 5 years, I think it would be relatively easy to add some of these books to my list. I am currently putting together a second list of 50 classics that I do want to read.

Some of the books and authors on Daria's list I already have and do not wish to repeat - either the books or the authors.

So with a total of 100 books, once I get this second list finalised, I plan to be reading 2 classics per month to finish everything in 50 months or a little over 4 years - and have some extra months for "just in case".

Posted by Francesca Thomas at 7:31 AM 2 comments: 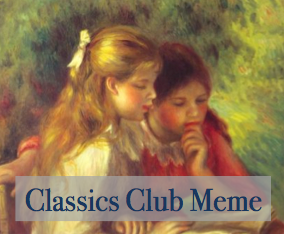 Every month the Classics Club puts out a challenge for the members to respond to. This month is February 2015 and this months meme is -

What about Modern Classics?

Pick a Book Published SINCE 2000, and state why you think it is a classic?

I think the best modern classic since 2000 is The Da Vinci Code.

It is the one of highest selling books since the year 2000.  The closest competition in terms of modern book sales are the Harry Potter Books. While those are great childrens books, I don't consider  them to be classics. 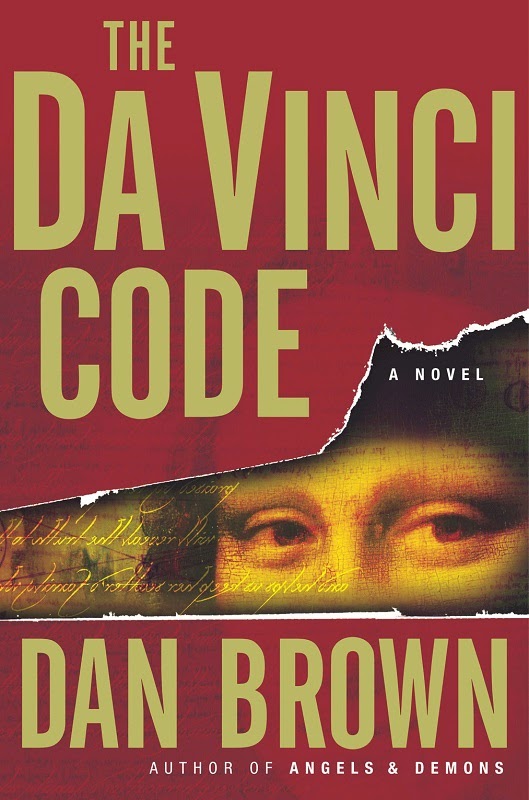 The Da Vinci Code (published in 2003) on the other hand has influenced a major portion of the population on this planet in terms of religion.

It even influenced the Catholic Church into telling it's congregation to NOT read this book - which got many people upset and angry because that was blatant censorship. This book has since been placed on the Catholic Church's Banned Books List.


The basic story of the Da Vinci Code is that Jesus was married and had a child, and that his descendents have survived to the 21st century.

The Catholic church says that Jesus was never married, but they have no proof.

In Jewish society back then, noone could be called a Rabbi if they were not married. And Jesus was certainly called a Rabbi in the New Testament. Therefore he must have been married.

Since I no longer attend any religious church, it does not bother me if Jesus was married or not. But in terms of the customs of Jewish society back then, I think it highly likely that yes he was married.


Any books or author that can influence religious dogma and church policies this much, certainly has got to be a modern classic!!!!

Posted by Francesca Thomas at 6:38 AM 4 comments: